Let's Try it a Second Time

Last summer at DJSS, a mysterious gentleman handed me this mysterious note: 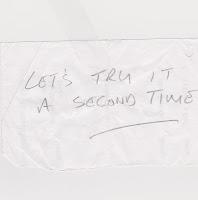 He asked me to write a piece for him, using that sentence as the title. I slipped the tiny slip of paper into my tiny camera bag, where it remained for a few months. I hadn’t forgotten about it, I just forgot what it said and where I had put it.

When I did find it, I considered what to do with it. I pondered its meaning. I wondered about the word “second.” Use of repeats? Length of notes? The interval of a second, as in, a series of either whole or half steps? I came close to asking the author of the note (Michael Howard) about what he was implying, but decided I should just let it remain a mystery.

So I just started humming the sentence, to understand the rhythm of it. I noticed that “try” and “sec” had the most stress, so those syllables ended up landing on strong beats. The A section practically wrote itself, as they say. The piece begged for a B section, so I wondered what key it would move to. Up a second? Down a second? Neither worked, because the next section didn’t need to move anywhere. The feeling changed, but the key remained in A minor.

When I write with someone in mind, it gives me so much more material to work with, than to just write for an instrument or group of instruments. I know Michael’s sense of humor, I know how he plays the drums, and yet, this piece seemed to be revealing another side to him, the quiet tenderness that we only witness after he has had several glasses of champagne and has just about nodded off in his chair. 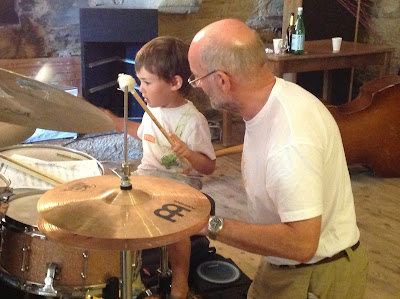 I pulled together a beautiful and sensitive band for the world premiere, featuring Dieuwke van Strein on flute, Irene Stroeer on alto sax, myself on piano, Martin Young on bass and of course, Michael Howard, stirring and brushing his drums. 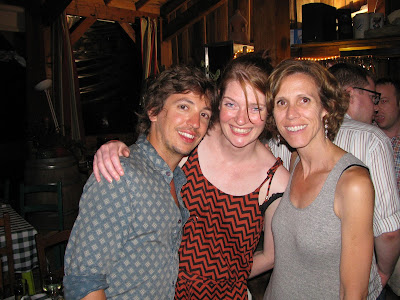 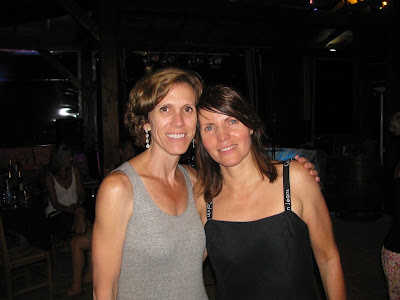 Now that we’ve tried it, I look forward to playing it a second time, because Once is simply Not Enough.

View video of our performance at
http://www.youtube.com/watch?v=KMuf1m-aSkg