You Say Nice and I Say Nice

There is nothing quite like having a little girl run to meet you when she sees you coming off the train. Aimee and her family took me to the quaint villages in Antibes and the hills above, and then back to their beautiful home in Valbonne. To get to the village, you can take a 30-minute walk through the forest. Sound dreamy? Yes, it was. 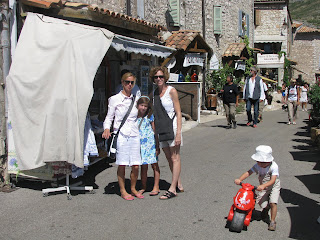 The first thing Aimee wanted to do was to play a game in their swimming pool with marbles, and see who could find the most. Being the competitive person that I am, I realized that I was losing skin on my knuckles because I’m scraping the bottom of the pool every time I make a grab. So the next time I played, I prissily plucked. (She beat me every time, by the way.)

After a wonderful dinner in the village, and a wonderful night’s sleep, and a wonderful French breakfast on their patio, we drove to Nice to visit a couple of my Monteton friends who teach at a Yamaha studio. Nice has the glorious coast on my right and many, many hotels on my left. It was refreshing (although hot) to walk through the old town, where you hear almost as much Italian as you do French, and see more Italian architecture. 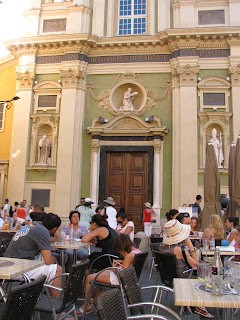 It’s so great to see David and Johan at the studio. Seeing Monteton friends outside of Monteton helps Monteton feel more real, I guess. They were busy painting and prepping for fall, but David took a little time to play some blues with me. 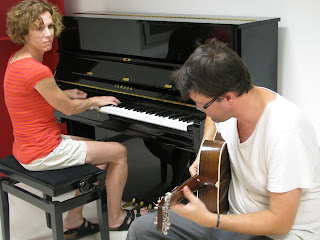 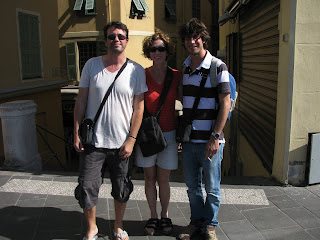 Posted by Unknown at 3:45 PM No comments:

I Didn’t Know It, But He Was a Poet

The great thing about traveling alone is meeting interesting people that you may not have talked to if you were with a companion. My next leg of the journey was to visit my 8-yr-old friend and piano student Aimee, who lives in the charming village of Valbonne, in the hills above Antibes, which is right on the Mediterranean coast. 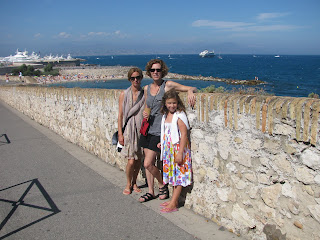 But first, another 4-hour train ride, and this time, a smiling gentleman named Jean-Luc sat in the seat beside me. I never know exactly how to start the conversation, except to say the unexciting line of “do you speak English?” Which is what I said. It turns out that he was heading home after a poetry conference, where he was one of the presenters. (He told me this in English.) We had a wonderful conversation, talking about music, mainly. He said something about good music and good poetry connecting our hearts with our minds (except he said it even better, because he is a poet.)

If you read French and would like to read his writings:

Posted by Unknown at 3:14 PM No comments: 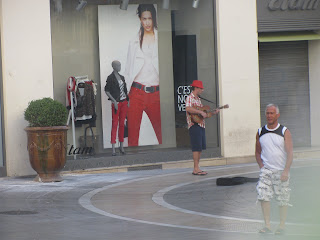 Good-byes are painful in Monteton. Generally, we just say “see you next year” so that we can get through it. No crying from me. But after the tiredness of a four-hour train ride to the next city, the sound of a jazz guitar duo in the streets of Montpellier got me little teary. I found a sweet little restaurant that gave me the best view of the concert, and took my time eating, listening, and watching the little paper hearts that were scattered over the patio blow in the wind. 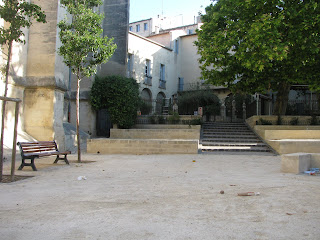 Top photo: Not the concert, but you get the idea

Posted by Unknown at 1:16 PM No comments: 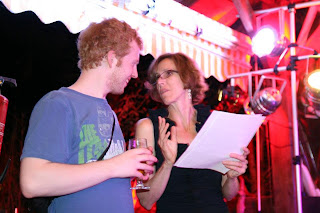 Last year, I met Christian, a jazz pianist from London preparing for his final year of college. We only had a couple of hours together, because he had just arrived for week 2, and my week was ending that night. But he seemed fascinated about my compositions, and I love to talk music talk, so we found a practice room where I could play and tell the stories behind the music. He was one of the best audiences I have ever had, listening and responding with great enthusiasm!

This year, he was back, now a graduate, and now, one of the teaching assistants at the school. He said that our conversation last year inspired him so much that he had been writing all year. Several of his innovative tunes were played during the week, too. Oh, and he’s a magician by trade. I’m hoping that he can magically transport me back to Monteton real soon! 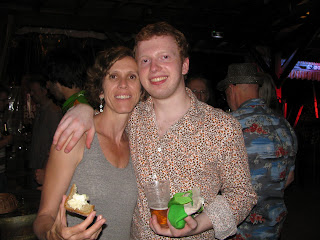 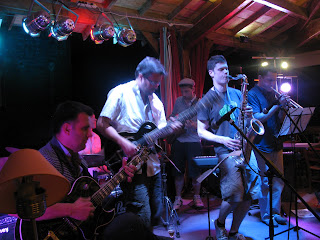 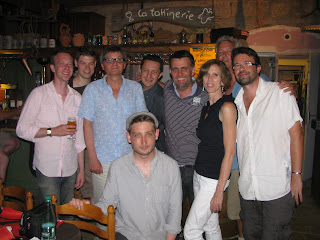 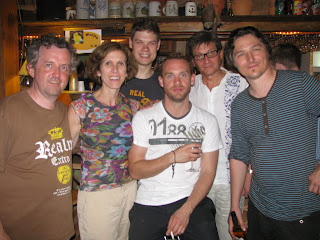 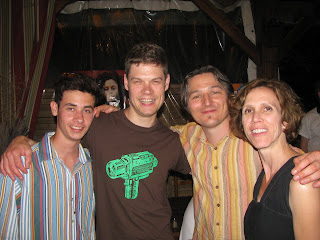 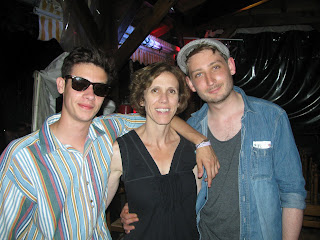